The quality of our honey

Since 1993, we have been trying to select only the best honey for you. In order to be able to provide you with the finest quality, we buy honey directly from beekeepers not only from the Czech Republic, but also from all over Europe and also South America.

Honey is a purely natural product and that is why we try to process it with as much care as possible – so that it retains all the precious substances nature and bees have bestowed on it. To achieve this, we have conformed the entire production process to this philosophy – starting with correct storage in dry and cool warehouses, through carefully melting the honeys into a liquid state, removing mechanical impurities, unifying colours, fragrances and tastes in accordance with our strict standards, and ending with the actual packaging or bottling of the honeys into consumer containers in which – always fresh honeys – get to you.

The quality of honeys can be considered from several points of view:

Another qualitative parameter viewed by consumers as being important is crystallization. The marketability of crystallized products is close to zero and that is why we try to ensure that our products stay in a liquid form as long as possible. This is possible depending on the suitable composition of the honeys and that is why we import honeys with a naturally higher fructose content. It takes very long for these honeys to crystallize; some of them don’t crystallize at all. By blending Czech honeys with these honeys we can delay the crystallization of the final product.

We run honey through three-step testing

The advantage of MEDOKOMERC packaged honeys in shops 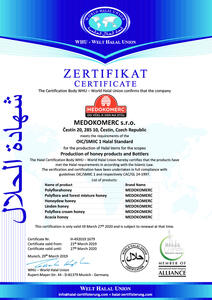 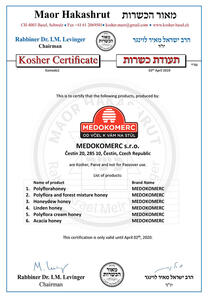 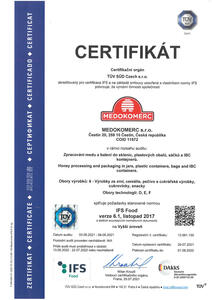 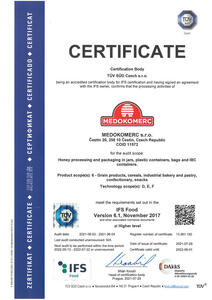 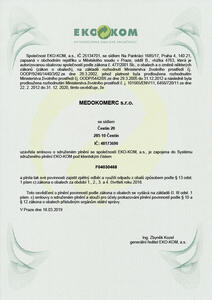 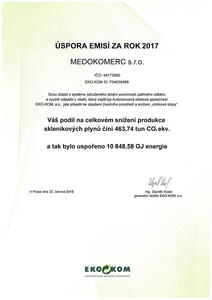 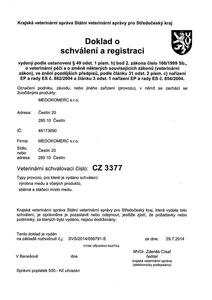 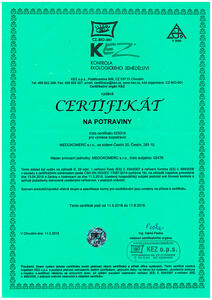 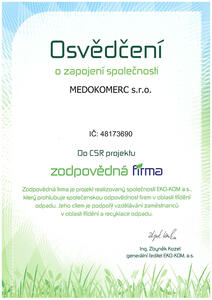 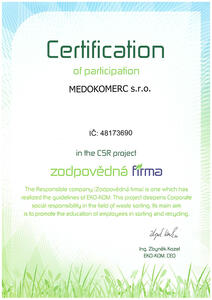 Have you tried our honeys?